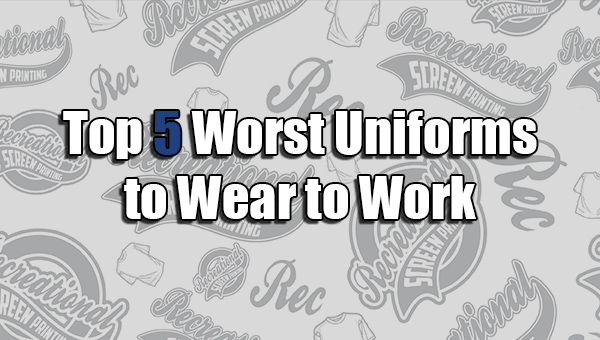 At Recreational Screen Printing, we’ve had some good laughs over the years from some of the corporate uniforms we’ve seen around. And while we feel bad for those who have to wear them because their bosses are clearly very un-cool, some of them are still hilarious. With that being said, we’ve compiled a list of the five worst corporate uniforms that we have ever seen, and we’re really glad we don’t have to wear them.

Please, no one try and compete.

If you need corporate uniforms designed and printed, hit us up at Recreational Screen Printing where we’ll create uniforms that are way better than any of the aforementioned.